EXPLORING THE POTENTIAL FOR ADDITIONAL GROUNDWATER SUPPLY FOR MINE

BRIEF
GLENCORE GROUNDWATER SURVEY, CLERMONT REGION
Glencore Mining Australia were exploring the potential for additional groundwater supply for their Clermont coal mining operation. Groundwater in Cenozoic basalt supplies most landowner wells in the region but with only limited availability from isolated fracture zones. A Cenozoic gravel deposit directly underneath Clermont Mine has been the mine’s main aquifer.

CLIENT REQUIREMENT
Fender was engaged in November 2020 to investigate and recommend alternative sources of groundwater. Glencore were aiming to improve their knowledge of aquifers adjacent to their mine-site to supplement their water supply needs. Mines are commonly located in remote areas and cannot rely on town water. They frequently rely on groundwater to supply most of their water requirements. A geophysical survey is the best way to provide information on subsurface aquifers.

INNOVATIONS AND APPROACH
There were several possible groundwater sediments in the Clermont Region. Fender identified Cenozoic gravel as the only alternative capable of supplying the required amount of water. The gravel is limited in extent and deposited along paleo-channels covered by Cenozoic basalt flows.

We targeted a borehole on an adjacent property for investigation. The lithology of the borehole showed an intersection with 29 metres of unconsolidated gravel underneath basalt. Other boreholes further west did not intersect gravel.

Fender deployed an electrical resistivity tomography survey. The survey consisted of five 1.5 kilometre resistivity profile images to depths up to 200 metres. The profiles intersected the existing borehole. We processed the resistivity data during the fieldwork to adjust the survey lines to map channels that would have been out of the range of the initial proposed survey

LESSONS LEARNT
Processing the data in the field allowed for improved survey planning. We were able to adjust the survey lines during the survey to better map the gravel channels and increase the likelihood of finding suitable aquifers.

OUTCOME
Resistivity profiles from the survey agreed well with the lithologies mapped in the borehole indicating that geophysical response could be interpreted in terms of changes in sub-surface geology. Fender mapped several paleo-channel features that could contain aquifers to assist with Glencore’s mining operations at Clermont. Subsequent drilling of sites identified from the resistivity data led to the discovery of freshwater in the survey area 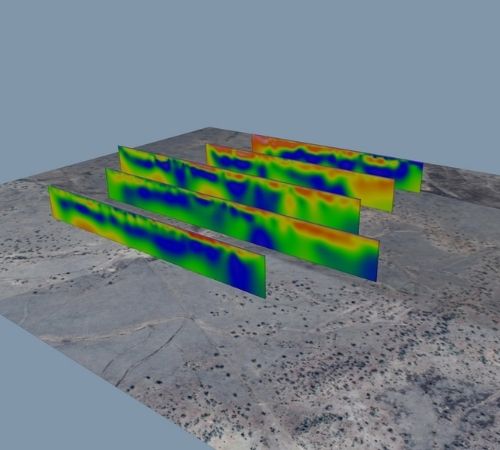 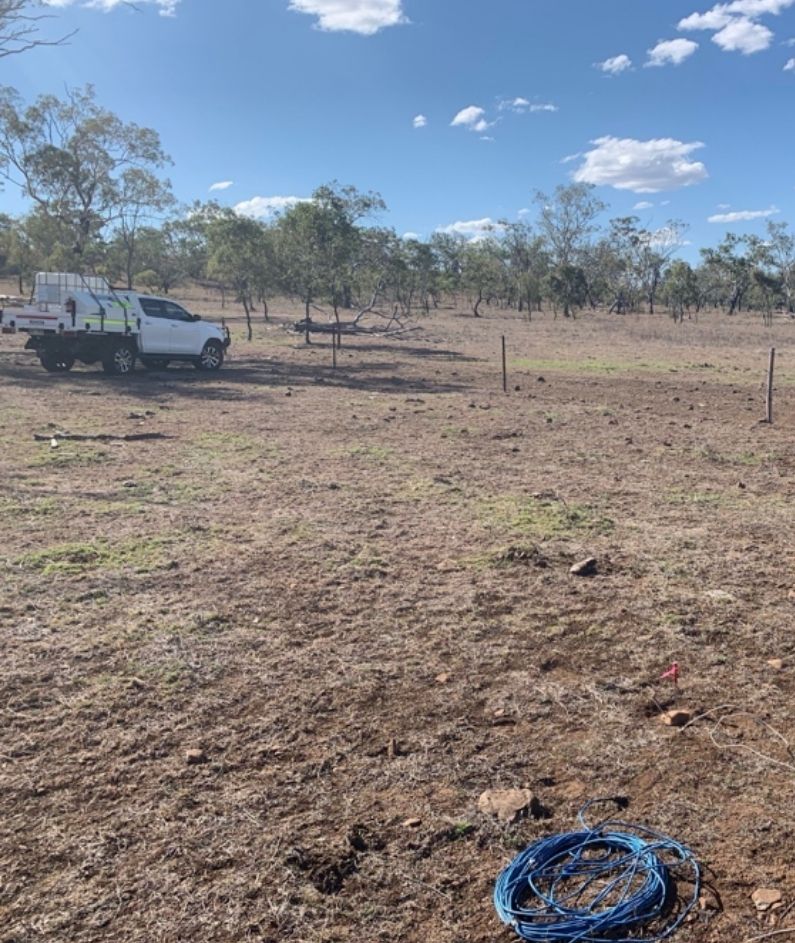