BRIEF
Fender was contracted by Harvest Scientific Services in November 2019 to conduct a multi-sensor geophysical survey over a residential property in Mittagong, NSW. A previous environmental assessment had indicated that the site overlapped with a historical shale oil processing facility. Infrastructure and services associated with shale oil processing were possibly still present within the subsurface. The site also had been previously cleared of trees and older buildings. Their remnants were possibly present in the subsurface. A range of geophysical techniques was recommended to identify the possible subsurface structures. Geophysical data was collected using several techniques including ground penetrating radar (GPR), electromagnetics (EM), and ground magnetics (GM).

CLIENT REQUIREMENT
An environmental assessment of the property was required before further redevelopment of the site was undertaken. Due to the broad range of objects that could be encountered in the subsurface, it was considered that a combination of various geophysical techniques would be required to give a detailed assessment of the site. As a result, geophysical data was collected using a variety of techniques including GPR, EM and GM.

INNOVATIONS AND APPROACH
A multi-sensor approach is commonly recommended in geophysical surveys where little is known about the subsurface. Each technique targets a different geophysical character of the sub-surface and can therefore provide additional information about the subsurface. A multi-sensor approach can also be useful when there are factors that may limit the quality of some datasets. These factors include possible interactions between powerlines and buried services with EM sensors; or soil moisture may limit the depth of penetration achieved by the GPR.

LESSONS LEARNT
The multi-sensory approach proved correct in this case as the EM sensor underperformed due to environmental factors. The GPR and GM data combined typically showed consistent results indicating a high degree of confidence in the results. As all techniques measure different physical properties of the sub-surface it was interesting to observe the GPR mapping linear features that had no GM response. This indicated that the features were ceramic or PVC rather than metallic.

OUTCOME
Data from the GPR and GM identified many interesting features. The dataset accurately mapped out the outlines of the remainders of trees and buildings that had been previously on the site. The GPR and GM frequently identified the same features in the sub-surface and were successful at identifying a large deposit of waste that had been buried decades earlier. The EM sensor was inconsistent in its response which was likely due to the presence of nearby power lines interfering with the sensor. The client subsequently used these datasets to clear and remediate the site before redevelopment. 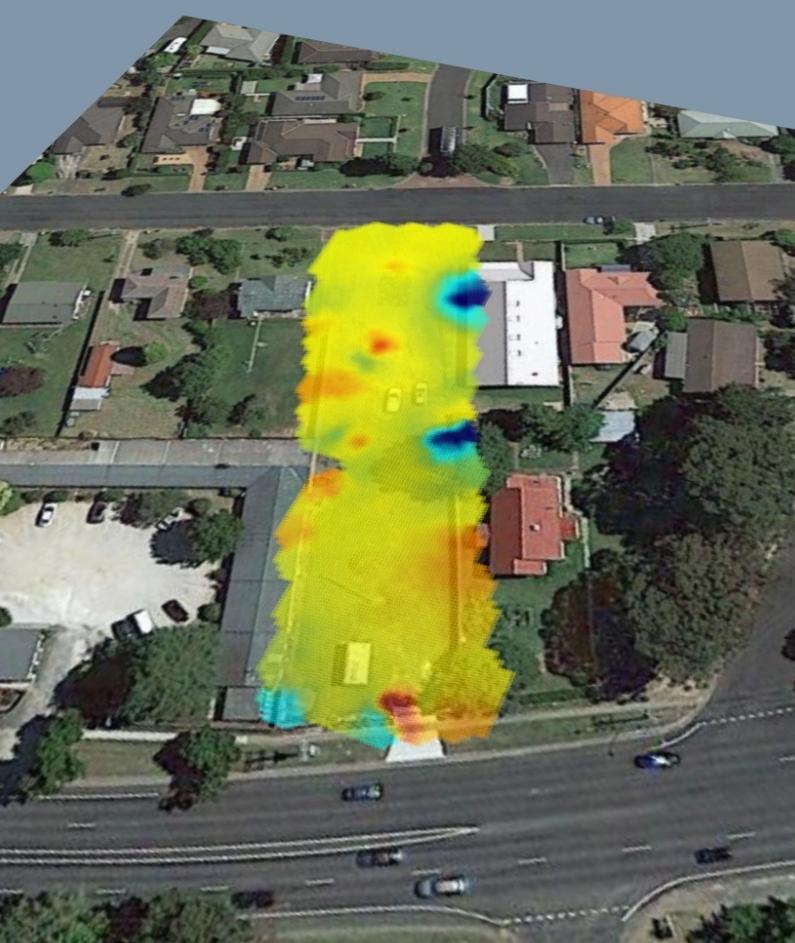 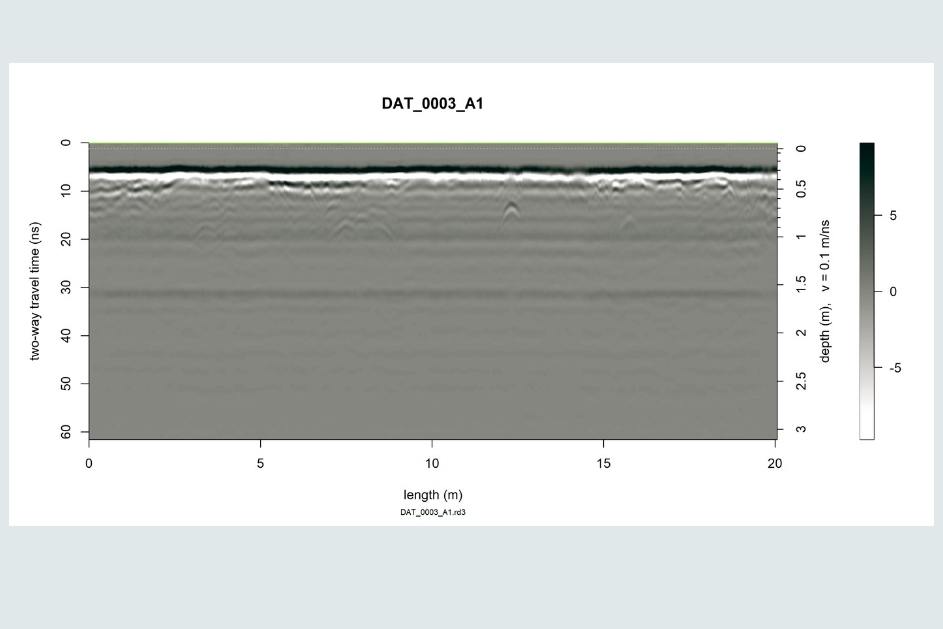